With fan excitement on the rise for the return of football season, StubHub, the world’s most trusted ticket marketplace, has announced its annual NFL Preview highlighting the most in-demand teams and biggest games. The Las Vegas Raiders are StubHub’s #1 highest-selling team of the season, seeing almost triple the amount of ticket sales since 2019.

MOST IN-DEMAND TEAMS AND GAMES

The Las Vegas Raiders are ranked #1 in StubHub’s Top 10 list of in-demand teams, seeing more sales than any other team and a 185% increase in ticket demand in comparison to the 2019 season. The Dallas Cowboys follow closely at #2 and make a strong showing in the season’s hottest-selling games, with Dallas playing in four of StubHub’s Top 10 matchups.

The Tampa Bay Buccaneers will face off against the New England Patriots in StubHub’s #1 highest-selling game of the season on October 3, with all eyes on the matchup between former power duo Tom Brady and Bill Belichick. The reigning Super Bowl Champion Bucs also ranked first on StubHub’s Top 10 Biggest Climbers, showing a 543% jump in ticket demand compared to 2019.

With new quarterback Matthew Stafford﻿ and state-of-the-art SoFi stadium, the Los Angeles Rams entered StubHub’s Top 10 teams for the first time, taking the #9 spot. The Rams are one of three teams from California in the Top 10, landing the state in the #1 position on StubHub’s Top 10 States driving NFL ticket demand, based on ticket sales.

“This season, the Raiders have dethroned the Dallas Cowboys as StubHub’s most in-demand team, cracking our Top 10 list for the first time – and demand is largely driven by fans from California traveling to attend the first in-person games at Allegiant Stadium in Las Vegas,” said Akshay Khanna, general manager of StubHub North America. “Elsewhere, the ‘Tom Brady effect’ is still going strong: fans are clamoring for tickets to the Bucs-Patriots matchup and driving an increase in Bucs ticket sales by over 500% since the 2019 season.” 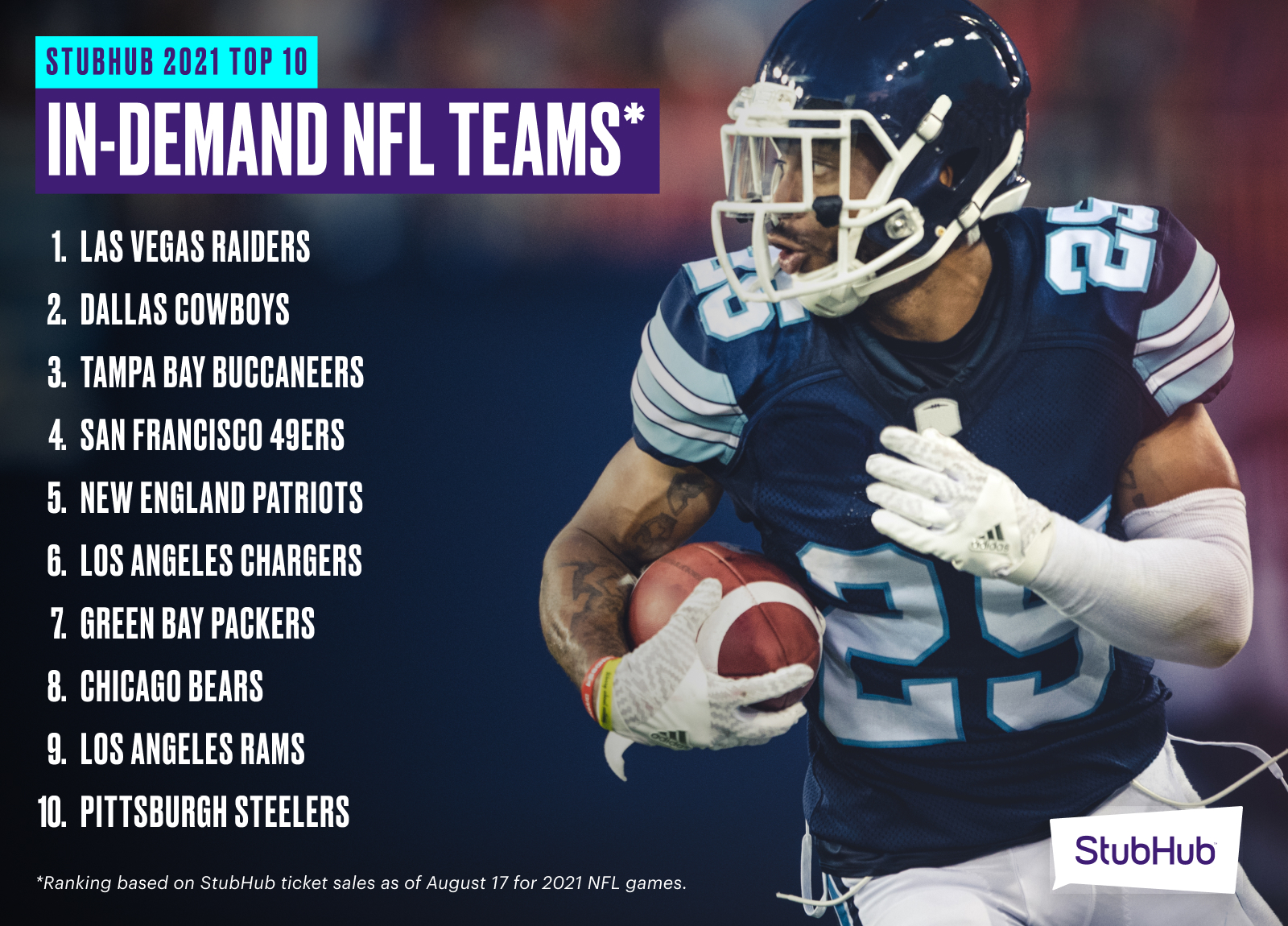 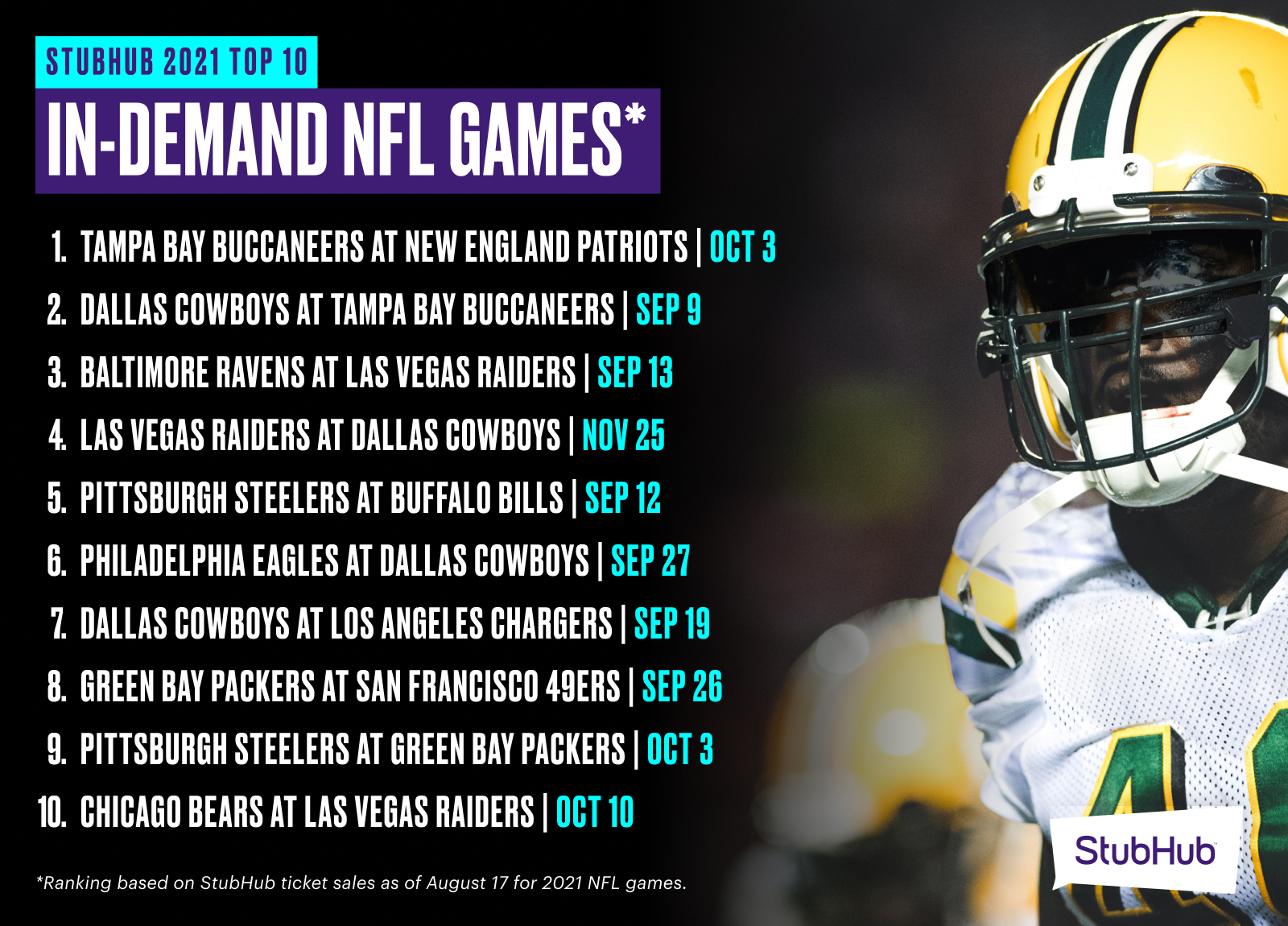 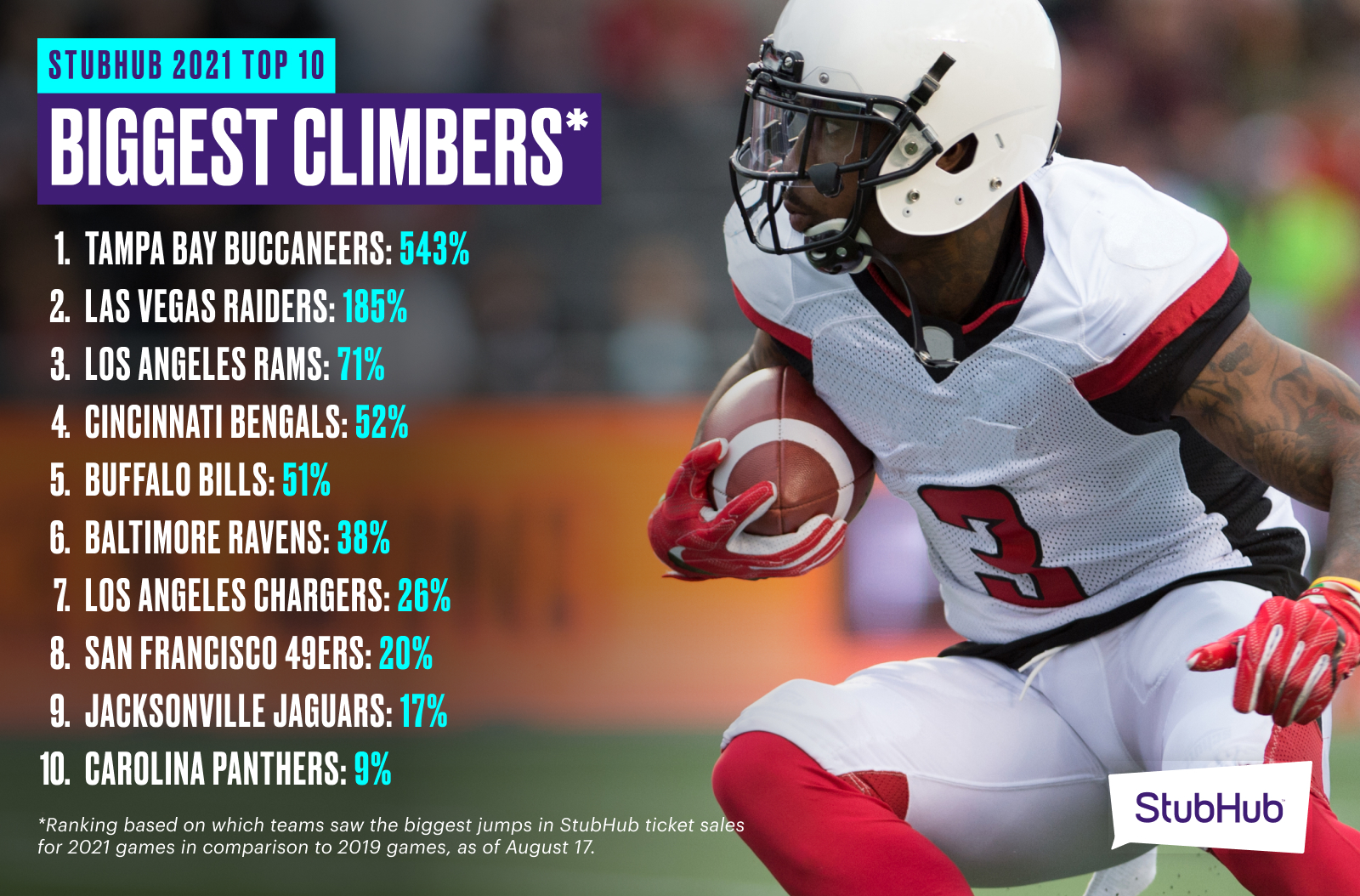 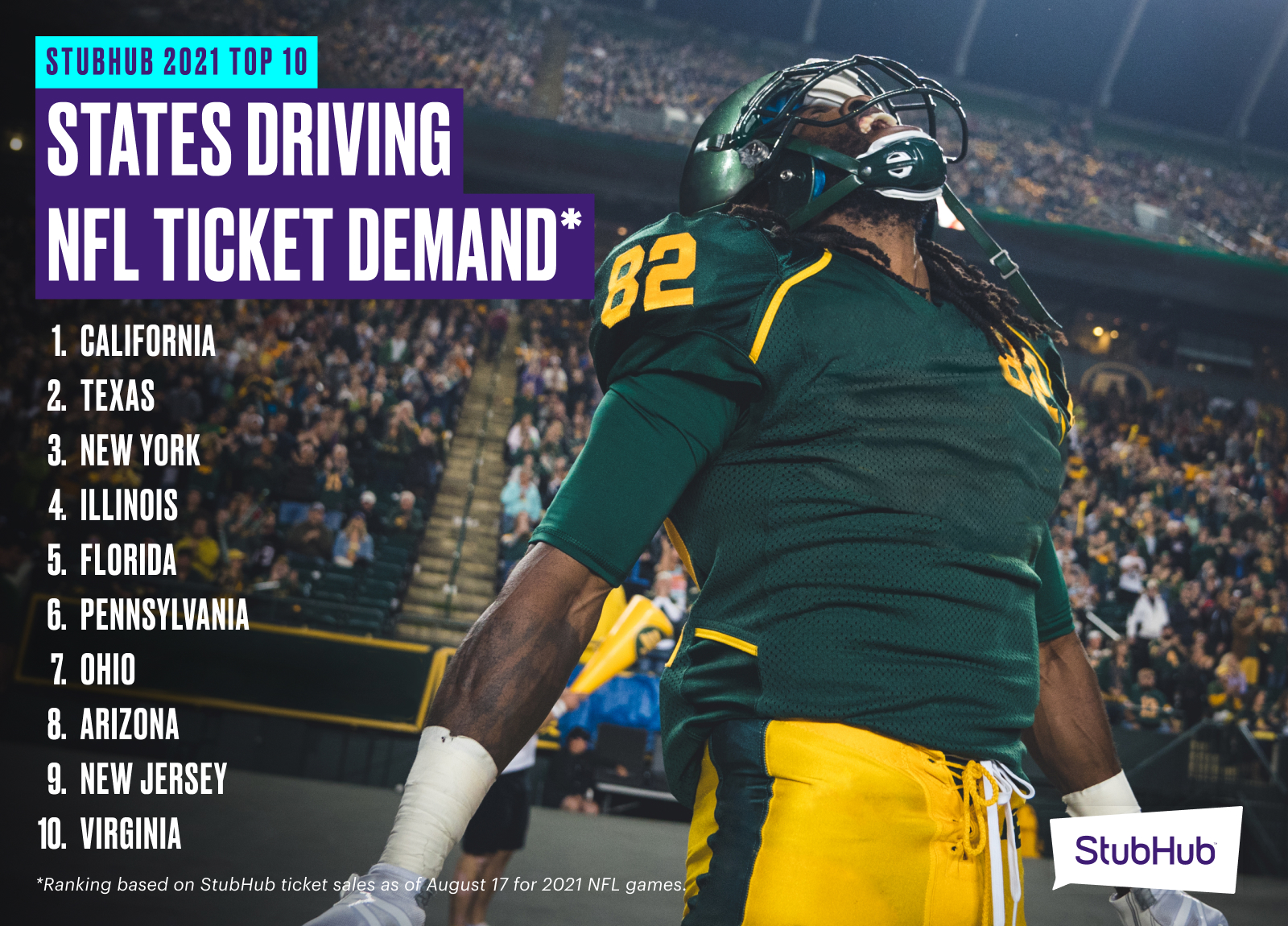