StubHub, the world’s most trusted ticket marketplace and official partner to over 80 NCAA collegiate sports programs, today announced the return of its annual College Football Preview, breaking down the most in-demand teams and hottest-selling games of the upcoming season. With fan excitement on the rise ahead of the return of football season, ticket sales to-date on StubHub for 2021 college football games are on par with sales for the 2019 ahead of the season.

MOST IN-DEMAND TEAMS AND GAMES

Following Alabama’s thrilling National Championship win earlier this year, the Crimson Tide are seeing more ticket sales than any other team, securing the #1 position on StubHub’s Top 10 list from their #4 ranking in 2019. This year’s list also sees Penn State rising to #2 from their #5 spot in 2019, with Michigan closely following at #3.

The Clemson-Georgia season opener on September 4 is the top-selling game of the season on StubHub, commanding more ticket sales than any other matchup. Alabama also makes a strong showing in StubHub’s ranking of the season’s hottest-selling matchups, with the Crimson Tide playing in six of the top 10 games.

“At StubHub, we’re seeing remarkable demand from fans who have been eagerly waiting for the start of college football season,” said Akshay Khanna, general manager of StubHub North America. “We’re encouraged that ticket sales for 2021 college football games are tracking with sales from 2019 ahead of the season – and this demand is especially driven by fervent Crimson Tide fans, who landed Alabama at the top of StubHub’s list of highest-selling teams for the first time in ten years.” 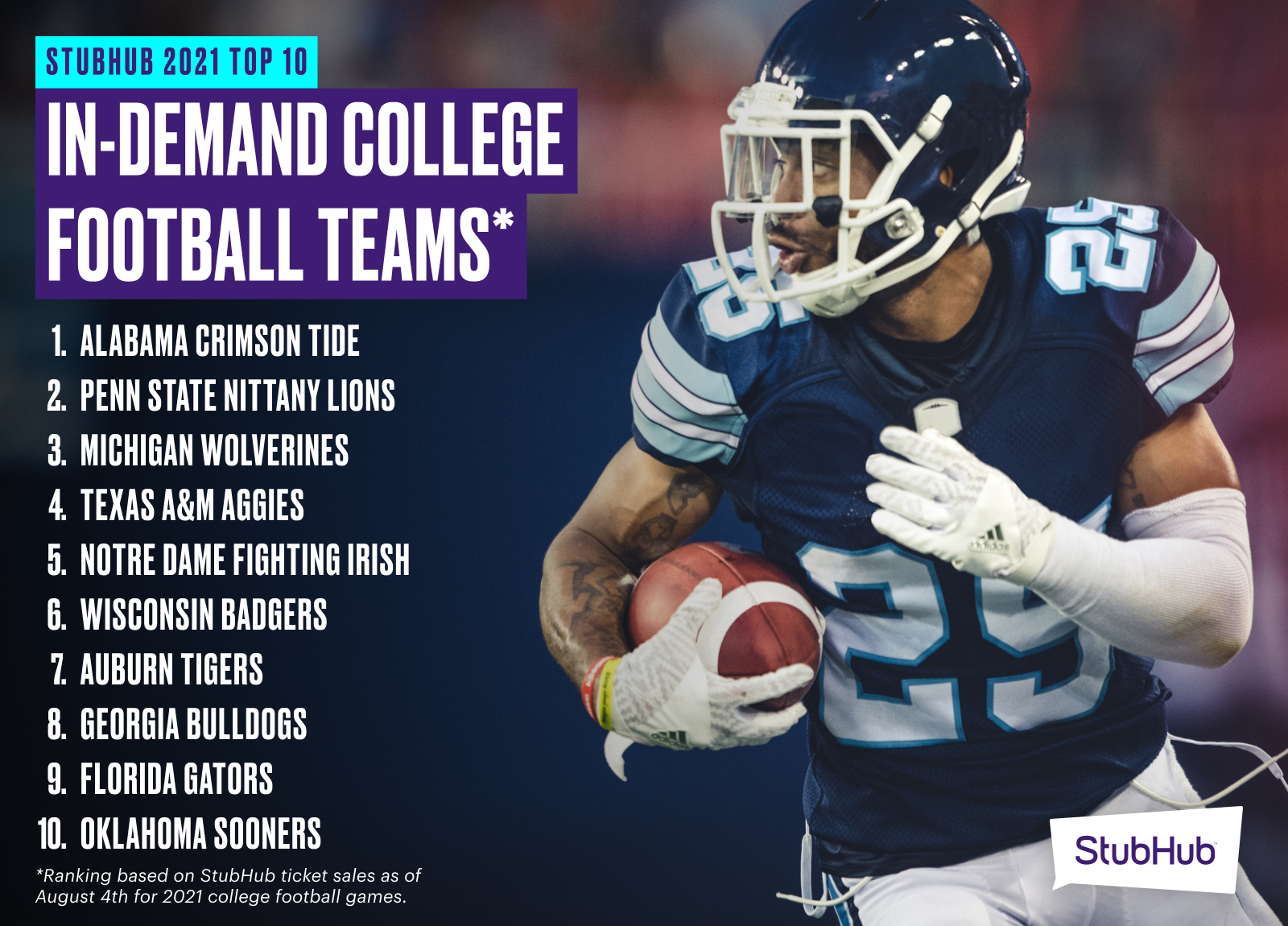 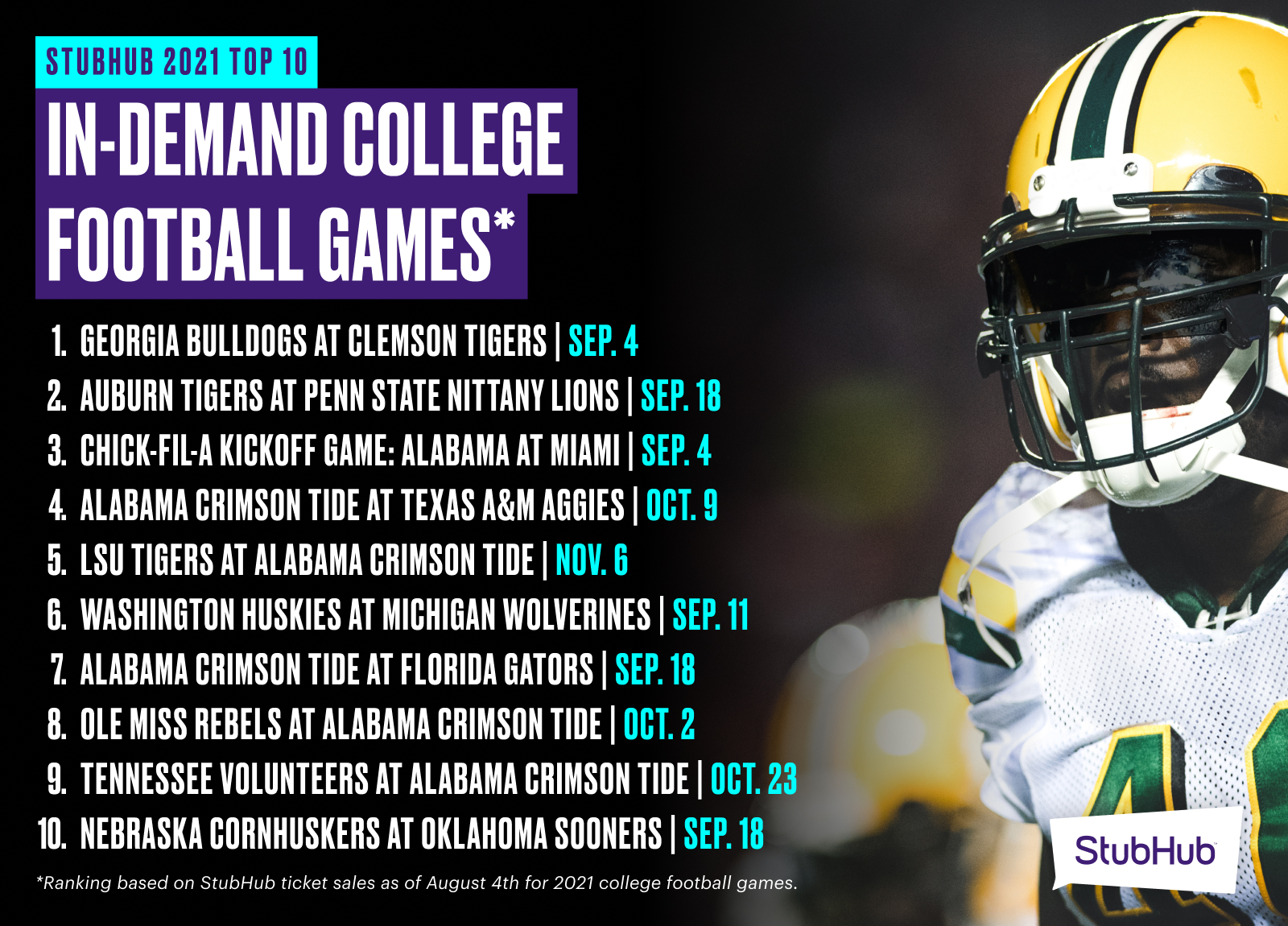 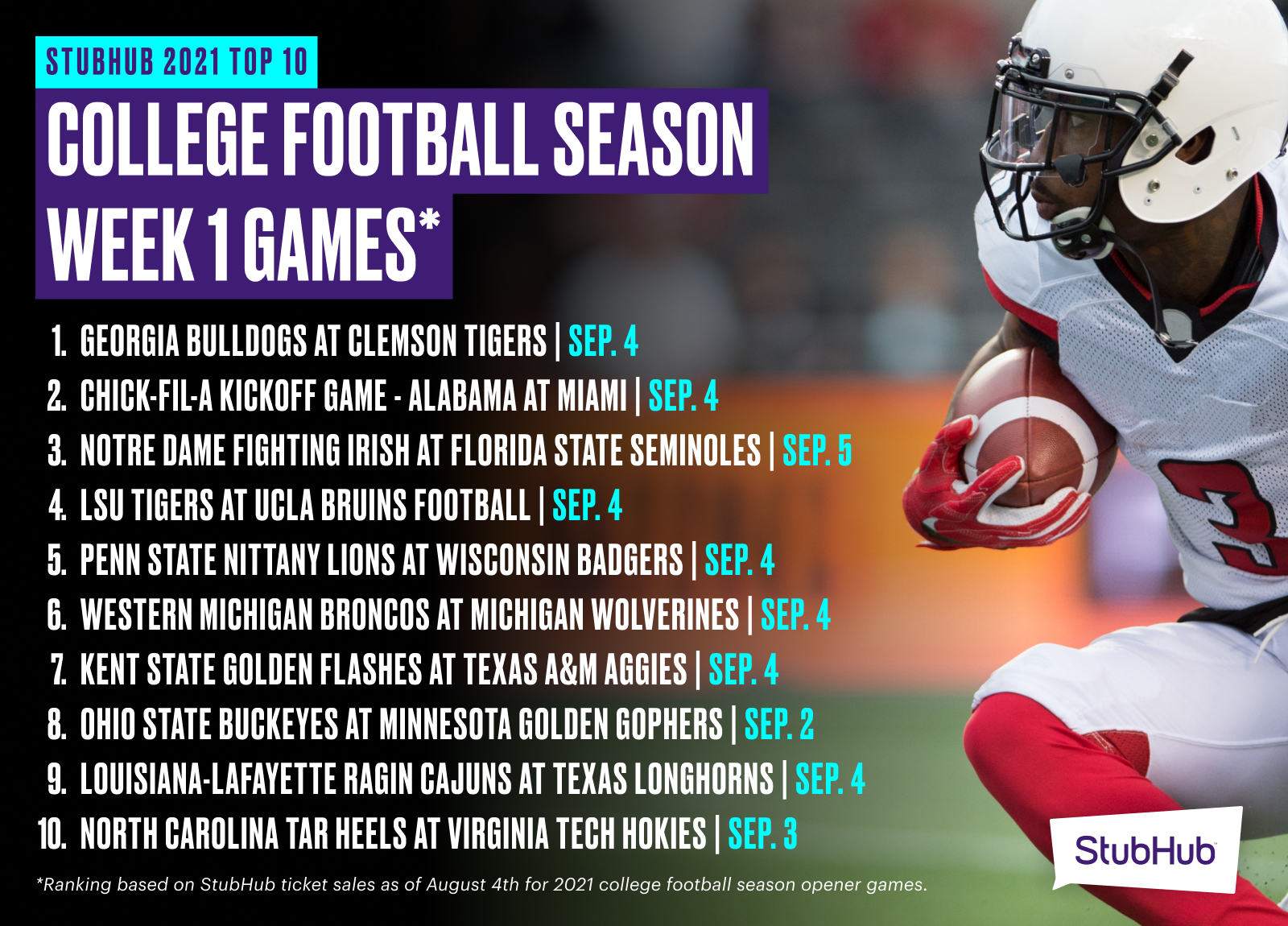 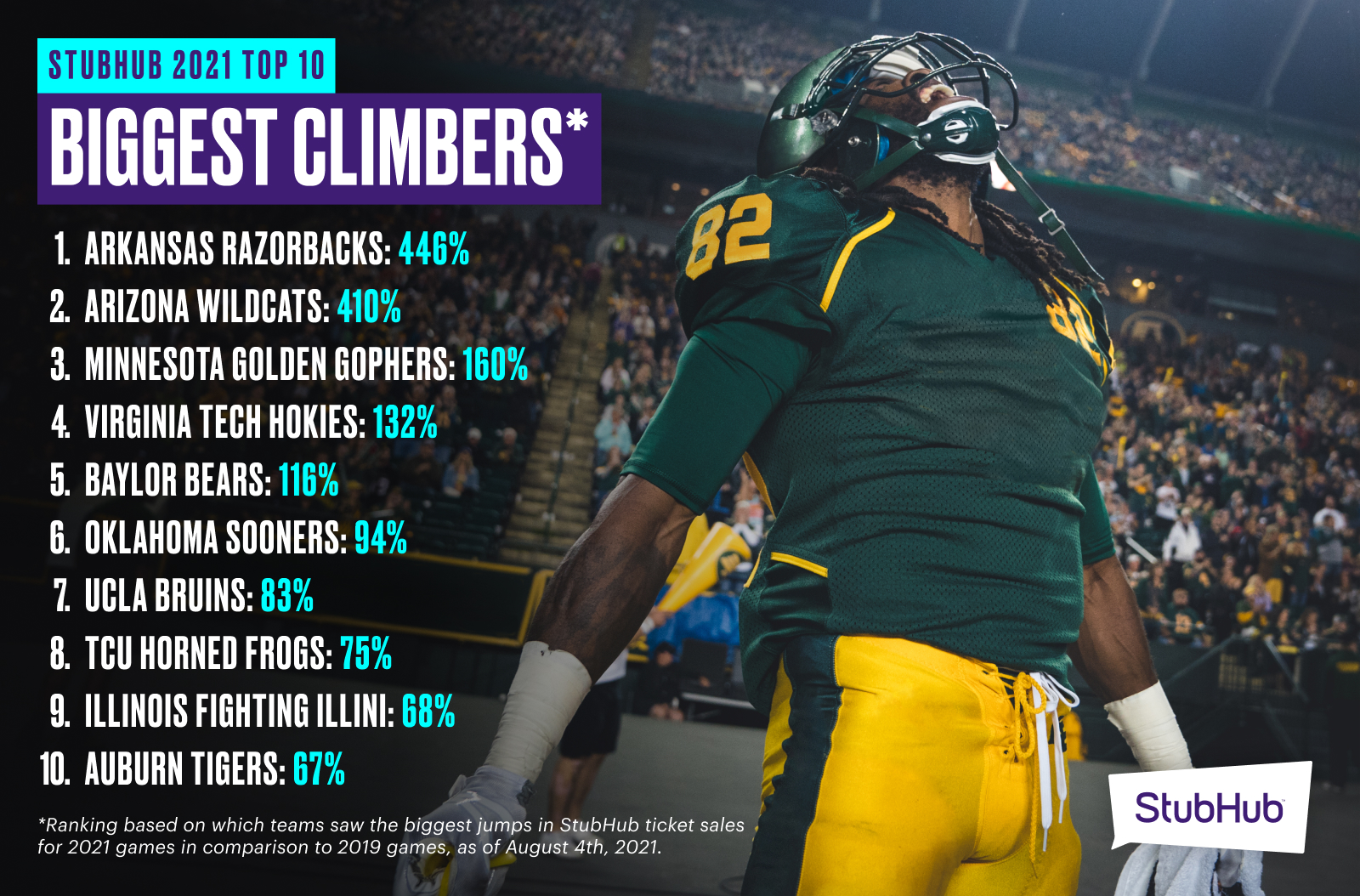 StubHub is partnered with over 80 schools across the country, adding Notre Dame, UCLA and Kansas State to its roster this year. To purchase tickets to college football games this season, click here.

As an official partner of many NCAA teams, StubHub wants to make sure fans have these tips to be safe ticket buyers: